Feel free to post questions or comments on the ian.org forums. (NEW!)

You can also send me feedback if you have any comments or questions.

This web site used to be hosted by North Coast Internet which was bought from Erie Computer by ErieNet which was then bought by Stargate Industries which eventually went bankrupt (after I left). I worked as a Systems Administrator at all three before leaving to join Engage IT which employed many of my friends from Erie Computer and ErieNet. Engage IT eventually bought Erie Computer, started it's own ISP and then went out of business (after I left). A former employe bought Erie Computer from the remains of Engage IT and hired back several other former employees. Same with the Engage IT's ISP. Both are still alive and well. Confused yet?

I spent 8 fun years working for Sports Mogul, Inc. writing PC computer games before leaving to work for Berkeley Communications to do some more programming. I now run a small consulting business with a few friends.

Below are my current projects. Current meaning anything I have done in the past 10 years. :-)
As the Amiga is currently, err, struggling... no further Amiga updates are planned, sadly.
Some links may be dead. I usually go through the old links about once a year. Or two. Or three... 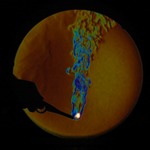 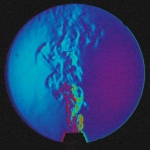 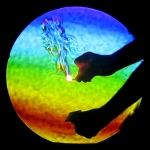 Schlieren photography is a method of seeing otherwise invisible air currents.
It is sensitive enough to show the heat coming off a human hand.
Lots of pictures and videos of my attempts and current progress.

This is a persistence of vision clock I made from an old hard drive, some LEDs and a microcontroller.
My favorite electronic creation.
Who doesn't love spinning colors?
Pictures, videos and instructions.

Various magnets and projects I am playing with.
Included are diamagnetic levitation and halbach arrays.
Everybody loves things that levitate! And spin!
Science: Creating magnets that can break your fingers.

Safely 'playing' with mercury. Don't try this at home!
But feel free to look at my web pages about it.
Shiny: Why does everything shiny have to be dangerous?

My favorite Fractal generator program. I have some plugins and some pictures of places I found.

Various photographs I have taken. I indexed a few of them, the rest are hidden for my friends.

Ok, thats the last of the current and almost up to date section.

Warning! Danger! Danger! The sections below are really, really old. But go ahead and look anyway.

Imagine was a 3D rendering program for the Amiga computer that was ported to DOS and eventually Windows. I do not think it is in active development anymore.

But, I still think the Bool texture is neat, even if it had some flaws. I have not worked on these since the 90's.

ImageMaster was a Photoshop-like program for the Amiga in the early 90's that focused on image manipulation.

If anyone still uses this, here are some modules. Ahh, memories. Maybe I should write some Photoshop plugins someday...